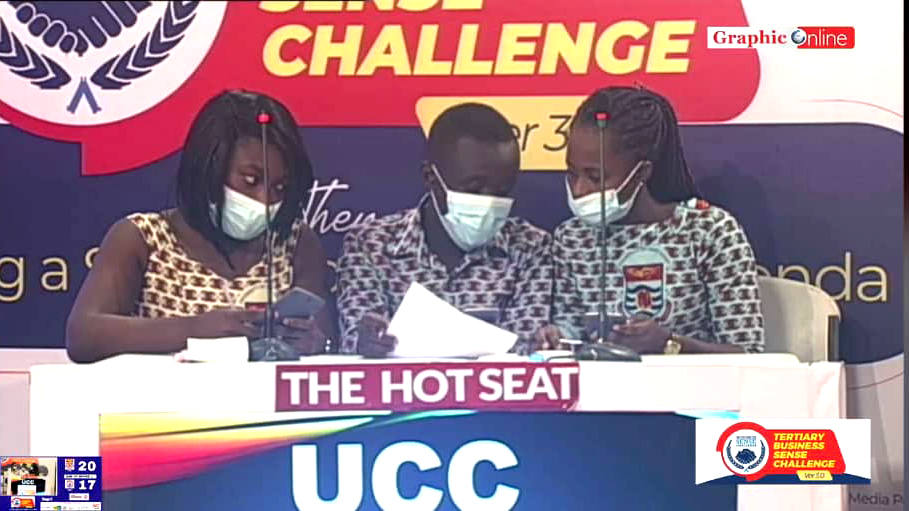 The Tertiary Business Sense Challenge (TBSC) is a business quiz competition organized by Graphic Business in partnership with Institute of Chartered Accountants Ghana (ICAG) and aimed at developing the minds of tertiary business students to build successful business careers in the future.

The 2021 Challenge marks the third edition of the competition, and it is on the theme: “Setting a sustainable business agenda”. The competition has fast grown to become one of the most anticipated events on the calendar of tertiary institutions in the country. UCC clinched the title in the first edition in 2019.

The second edition saw the University for Development Studies (UDS) defeating the University of Cape Coast to win the challenge. UCC again has earned its place in the final and will be battling the Kwame Nkrumah University of Science and Technology for the trophy in August.

The UCC team was spearheaded by Dr. Edward Amarteifio and consisted of six students and four facilitators. The four contestants who represented the School were Beatrice Kwakye Appiah, Rose Bawuah, Ernest Ameka Bram and Anthony Kuntu Blankson and they were supported by Foster Segbe and Richard Appiah. The facilitators were Bernice Nkrumah-Boadu, Juliet Donkor, Lord Osei Afriyie, Isaac Asante.